The Salone di Milano 2022 made history last week with a very special new edition – it’s sixtieth, in fact – which was defined by all that is functional and sustainable, environmentally-friendly materials, and the perfect mix of craftsmanship and industrial manufacturing. 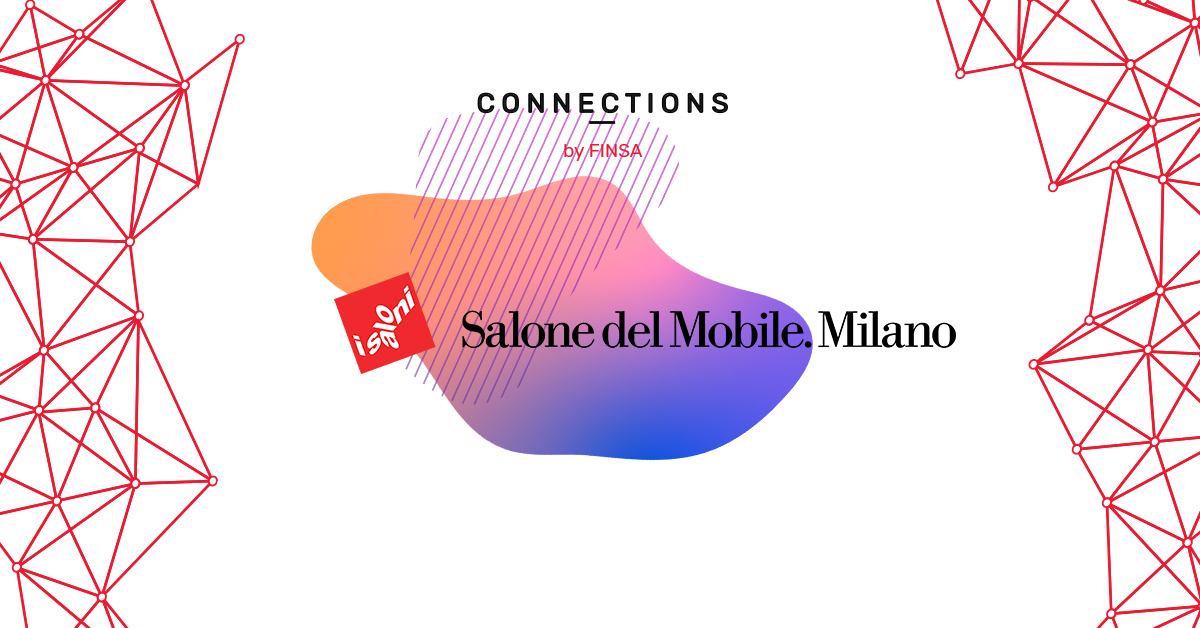 It was a history-making edition, and it did not disappoint.  Following the pause brought on by the pandemic and then a toned-down, smaller event last September, the Salone del Mobile di Milano returned with its original formula on a large scale, with 200,000 square metres of pavilions, more than 2,000 presenters (almost a third of which were from Europe, with others hailing from the US, Canada, India, South-East Asia and Saudi Arabia), and over 600 young creators with some of the most innovative designs.

A program chock-full of talks, meet-ups, exhibits, workshops, installations, and even films revealed the types of spaces that are being created right now and how to furnish them.  Sustainability, functionality, an environmental focus when it comes to materials, the importance of ‘hand-made’, and the preference for experiences all combined to map out the future of design and the furniture industry.

The Connections by Finsa team went to Milan and chose a few ideas that interested us and really stood out.  Here are our must-sees:

They wanted their stand itself to be a revolutionary piece of environmentally-friendly architecture and we can confirm that that’s exactly what it was. Lago is a well-known studio that designs and makes modular furniture in Italy, with timeless designs made from high-quality materials that do not negatively impact the environment.  Their huge, more than 800 square metre space at Salone 2022 was a contemporary, sustainable, zero-waste home with a light, compact structure.  Good House is 100% recyclable and produced 87% less greenhouse gas emissions than a traditional stand at a trade fair.  Spinlife, a ‘spin-off’ of Padua University, and Henoto, a Bologna-based company that specialises in trade fair installations, also participated in Lago’s project.

2. “Prada Frames”, FormaFantasma and the fashion house making us think about design

There was no runway show or exhibit in sight here.  Prada Frames is the name of the symposium organised by Prada at the Braidense National Library and curated by designers Andrea Trimarchi and Simone Farresin from FormaFantasma.  The latter is a studio with spaces in Milan and Rotterdam that focuses on the environmental, historical, political, and social forces that shape the design of today.  The symposium’s mission was to explore and reflect upon the current relationship between design and nature.  This meeting saw scientists, architects, designers, anthropologists, and activists come together over three days of collective reflection about the ecosystem of forests, the logistics of the timber industry, and the role that design culture plays.  As the founders of FormaFantasma told Wallpaper, it’s all about “actually produc[ing] meaning and ideas instead of only products” and tackling it using a multidisciplinary approach: “we strongly believe the only way to actually address ecology is to stop fragmenting knowledge and to look at subjects from a multitude of perspectives”.

Contemporary basketweaker and textiles maker Idoia Cuesta returned to Milan this year thanks to Loewe with a new project titled Weave, Restore, Renew: A project for Salone del Mobile, a new and very special collection that brings together more than 200 repaired baskets that have been “brought back to life” using leather by Cuesta and other Spanish artisans including Álvaro Leiro, Santiago Besteiro, Belén Martínez, and Juan Manuel Marcilla.  One of the pieces was exhibited at Palazzo Isimbardi.  It was the best way to celebrate craftsmanship through time and across cultures, in addition to giving abandoned objects and discarded materials a new life.

Cuesta also worked with Finsa, who was not about to miss most prestigious design event on the calendar.  They presented their urban oasis Connective Nature at FuoriSalone in Tortona Rocks, a transversal trend incubator for designer products and furniture, projects, new tech, collectives, and installations.  Many people visited the sensorial and interactive exhibition with which Finsa and inclusive urban planning advocate Izaskun Chinchilla ask us to reflect on the role of people and their relationship to nature through many different experiences and connections: birdsong, a pleasant memory, swinging on a swing, lying on grass or a couch made from inflatable pieces, creating a beautiful shape in water, reciting a haiku, and telling a secret.  Chinchilla herself conducted guided tours through the Connective Nature exhibition.

4. IKEA Festival: a world that sees light and colour

The IKEA Festival was also at FuoriSalone with a full program featuring events, talks, installations, and new collections by well-known designers including the colourful Finns of Marimekko, who designed an exclusive set of prints inspired by the Nordic lifestyle, in particular the sauna culture, which will be in stores in March 2023.  The common theme for IKEA in Milan this year was sustainability in the construction of homes and the story of the evolution of domestic spaces and the relationship between us and our homes.  Outside the venue there was an homage to the design capital of Italy: three classic houses with Milanese courtyards, each home to a different family, each with their own story.  Of course, IKEA’s famous meatballs also made an appearance.

5. Graduation Show Design by Academy Eindhoven or how design has changed over the last 75 years

The Design Academy Eindhoven (DAE), one of the most famous art and design schools in the world, took advantage of the Salone’s sixtieth birthday to celebrate its own seventy-fifth birthday.  Their much-talked-about intergenerational graduation event took place at the Salone this year, featuring an exhibition of original final year projects by former students from the school’s seven-and-a-half-decade history.  Instead of presenting the DAE’s story in an archive, generations, mediums, and materials were put on display to let visitors enjoy a diverse collection of more than 150 projects, showing different types of creativity and how design has changed over the years. 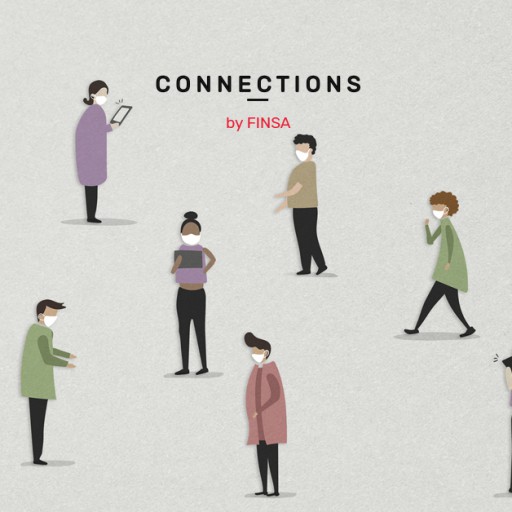 Reinvented public spaces in the wake of the coronavirus

The new normal is affecting our habits as well as our surroundings.  It’s now ... 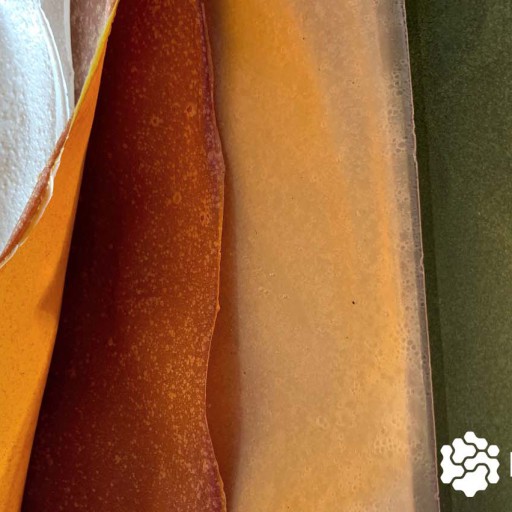 Cooking up your own materials with Materiom

Have you ever thought about making your own materials? That’s the idea ... 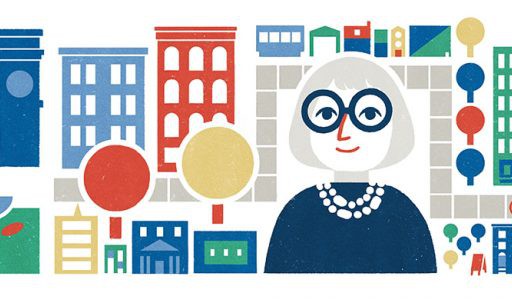 Jane Jacobs and “The Death and Life of Great American Cities”. Does her legacy live on?

Perhaps you haven’t heard of Jane Jacobs before, yet you might have been ...