The expression “blue sky thinking” has become popular during the pandemic.  In the business world, it has previously been used to refer to the creative process of looking for and finding new ideas that revolutionise the market.  But thanks to COVID-19, it’s no longer just a figure of speech.  Now it’s being used to describe the search for solutions to pollution that will make the impactful images of clear, blue skies that we saw during lockdown a permanent fixture in the biggest cities on the planet.  The drastic fall in pollution levels revealed a blue-coloured sky so intense that it was unlike any that younger generations had ever seen.  It was also the driver behind the idea that we must rethink the clusters in which we live.

The main obstacle when it comes to looking for solutions to complex realities is the emergence of big ideas that have no simple applications and that don’t fix the root of the problem, often because there was no reliable preliminary diagnosis during the creation process.   Nevertheless, coronavirus and massive lockdowns have allowed for some questions regarding how getting around big metropolises impacts on pollution to be answered, albeit in a traumatic way.

In an interview with Vogue, Minwoo Son, a Seoul-based campaigner for the Global Air Pollution Unit at Greenpeace East Asia, explained  that “one obvious thing we see is that when [the amount of] fossil fuels being burned has decreased, the air quality has improved. Governments should learn from this [current] situation for their longer-term policies [and] shift from fossil fuels to cleaner energy. This change will provide us with clean air, but more than that, a safe climate and sustainable economic growth.”

In a report by The Guardian, Zoe Chafe, an air quality specialist with the C40 group of global megacities, explained that “citizens around the world can see change is possible. Just put yourself on the rooftop and imagine seeing mountains for the first time and thinking how amazing it feels to realise this is possible.”

Some cities have already started trying to slow this problem that, according to a report from the United Nations, kills more than seven million people every year.  Copenhagen seems to be the most ambitious city in terms of its objectives.  The Danish capital plans to be a zero-carbon city in just five years’ time.  In the same article in The Guardian, Jeppe Juul, from the Danish Eco Council, explained that, in order to achieve this, “pedestrians have more space than bikes, and bikes have more space than cars” in some areas of the city.

Copenhagen is hot on the heels of Amsterdam in the race to become the most bicycle-friendly city in the world, with the installation of resting bars at traffic lights so that cyclists can stop without touching the ground, take-away coffee zones designed for clients using a bicycle, and even minibus-type bikes that can take up to six children at a time to school.

But in order to reach complete decarbonization by 2025, energy production systems that require carbon combustion must be replaced by biomass, wind energy, and geothermal energy.  “From 2014-20, we reduced carbon dioxide by more than 50%, so we are on our way,” says Mikkel Krgosgaard Niss from the city’s mayor’s office. 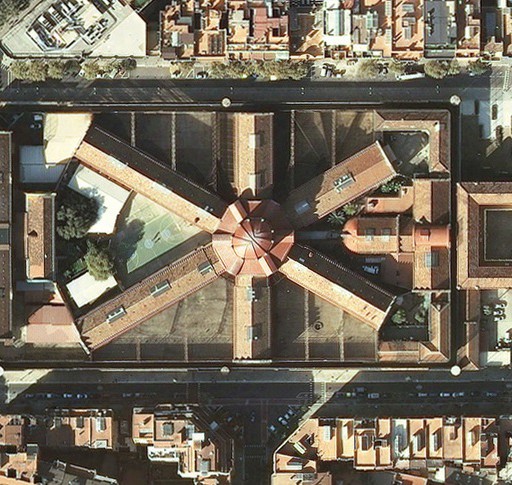 Examples of neuroarchitecture: designs with a mind

Neuroarchitecture is a relatively new discipline.  It is not easy to find ...

#Mondayofinspiration: in the center of the color