Geodesic houses break the idea of household not only at an aesthetic level, but also in its architectonical and environmental conception. Will we stop living in blocks of flats to bend our homes? The advantages point to yes.

Domes are no longer structures predominantly designed for basilicas and cathedrals, they are now providing sustainability in our homes.  The energy, environmental and economic saving combined with its ability of creating immersive environments, identify the geodesic houses as the new way of conceiving the spaces we live in.

It is certain that this solution is not as innovative as it seems. The first geodesic household in the world was created in 1960 by the American engineer Buckminster Fuller. His project, built in Illinois, gave rise to a construction movement in the Sixties, and to this day it is becoming a museum whose aim is to promote this architectonic system. That model, supported by steel, was replicated by using more sustainable and lasting materials such as wood. At the same time, Passivhous measures were applied to the first prototype to maximize the potential offered by a dome, an element seen as an aesthetic solution at the beginning. 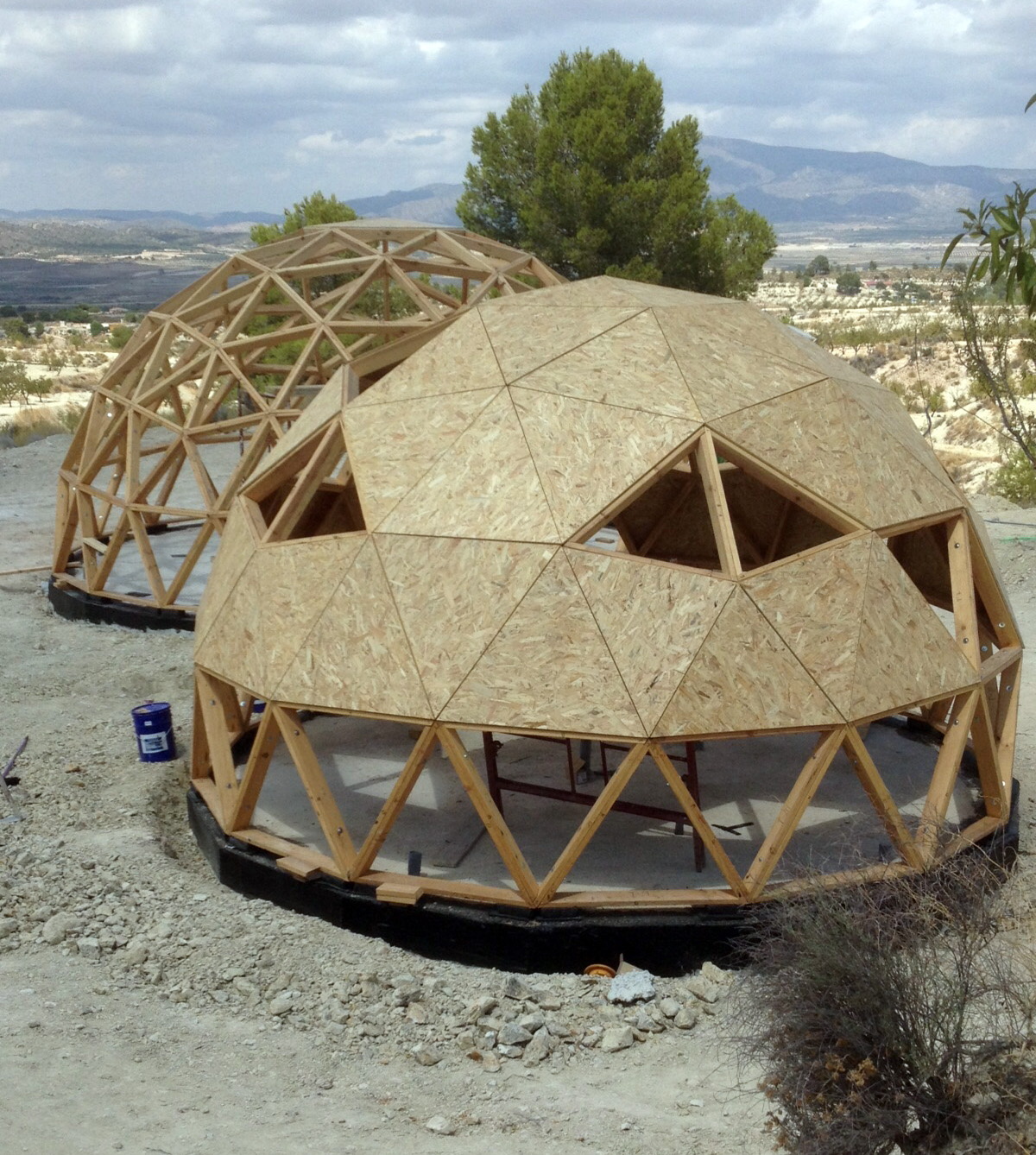 What are the benefits of having a geodesic house?

As for the technical aspects, the dome is a construction system efficient at a structural level. It really lightens and streamlines the upright, which reduces the economic and environmental costs. As for the aesthetic factor, it generates enveloping and warm interiors that increase the options for interior designing. This is how geodesic houses are summarized by the architect Pablo Carbonell, of Ecoproyecta, authors of one of the first studies about geodesic house designs in Spain.

The geodesic houses certainly have an answer for everything. Do you need to expand spaces in your house and the construction to be done with the least possible amount of time (and money)? Being modular structures, they allow new panels to be added in less than six months. Do you want a natural disasters and earthquake-proof structure? Also, with plenty of natural daylight, since these are no times to charge the electricity bill. Well, the dome is known as the most resistant way of taking advantage of the brightness. If you are not impressed yet, once the classical rectangular structure of the buildings is broken, the design options increase. 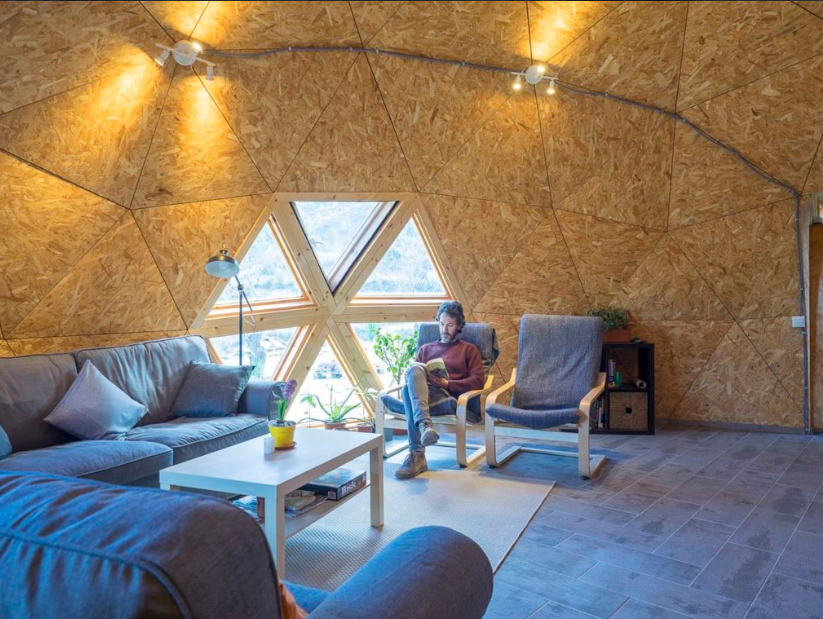 A round solution for the environment

This curved architectonical conception promotes the implementation of sustainability criteria in the house. “Domes allow a good ventilation thanks to their bioclimatic design, which naturally reduces the energetic demand. In addition to the key elements of the traditional architecture: a good thermic isolation, solar energy and an adequate windows orientation” Carbonell clarifies.

Based on these premises, Ecoproyecta added to its geodesic house models a series of installations that use renewable energy to provide a comfortable household. Based on the concept of least energy-using and maximum thermal optimization, the finished projects are self-sufficient, as they generate the energy they need to function. “On the one hand, water heats up by solar collectors, the heating system consists in a small almond shell stove – which, in turn, is obtained from the house farm – electricity is obtained by a photovoltaic installation and, thanks to a Canadian well, fresh air in summer and warm in winter are provided by exploiting the thermal inertia of the soil.  Jumilla represents the excellence in the housing architecture. In case Murcia were to be out of the way, Ecoproyecta prepared this full-access tour to learn about every inch of the geodesic house.

This concept is not a fad, in fact, from 2019 onwards it will apply to the European directive on Nearly Zero-energy buildings which will regularize the constructions to make them sustainable and environmental friendly.  In northern Norway, they have been already preparing for this legislation for years. In 2013, the Hjertefølger family build their house under a geodesic solar dome which allow them to reduce their energy consumption and to have their own crop in the Arctic Circle. Thanks to this architectonic system, in an area in which they only have three months of daylight, they get to earn five extra months of brightness and natural heat. All of this having a home fully integrated in the natural environment.

How are the geodesic houses build?

Interesting enough, the round shape is given starting from a triangular structure that equips the building with strength. The speed in the construction is the first characteristic that stands out, considering that the structure, the front of the building and the roof can be assembled in just one day. Most of the geodesic domes are made with wood as main material, due to its strength and the higher isolation that reduces the thermal bridges. “The use of wood changed our way of making architecture”, Carbonell explains. “It is a gentle material, natural, easy to work with and it adapts to diverse needs. Moreover, it is resistant and, contrary to the common belief, it responds well to fire compared to steel”, he concludes. 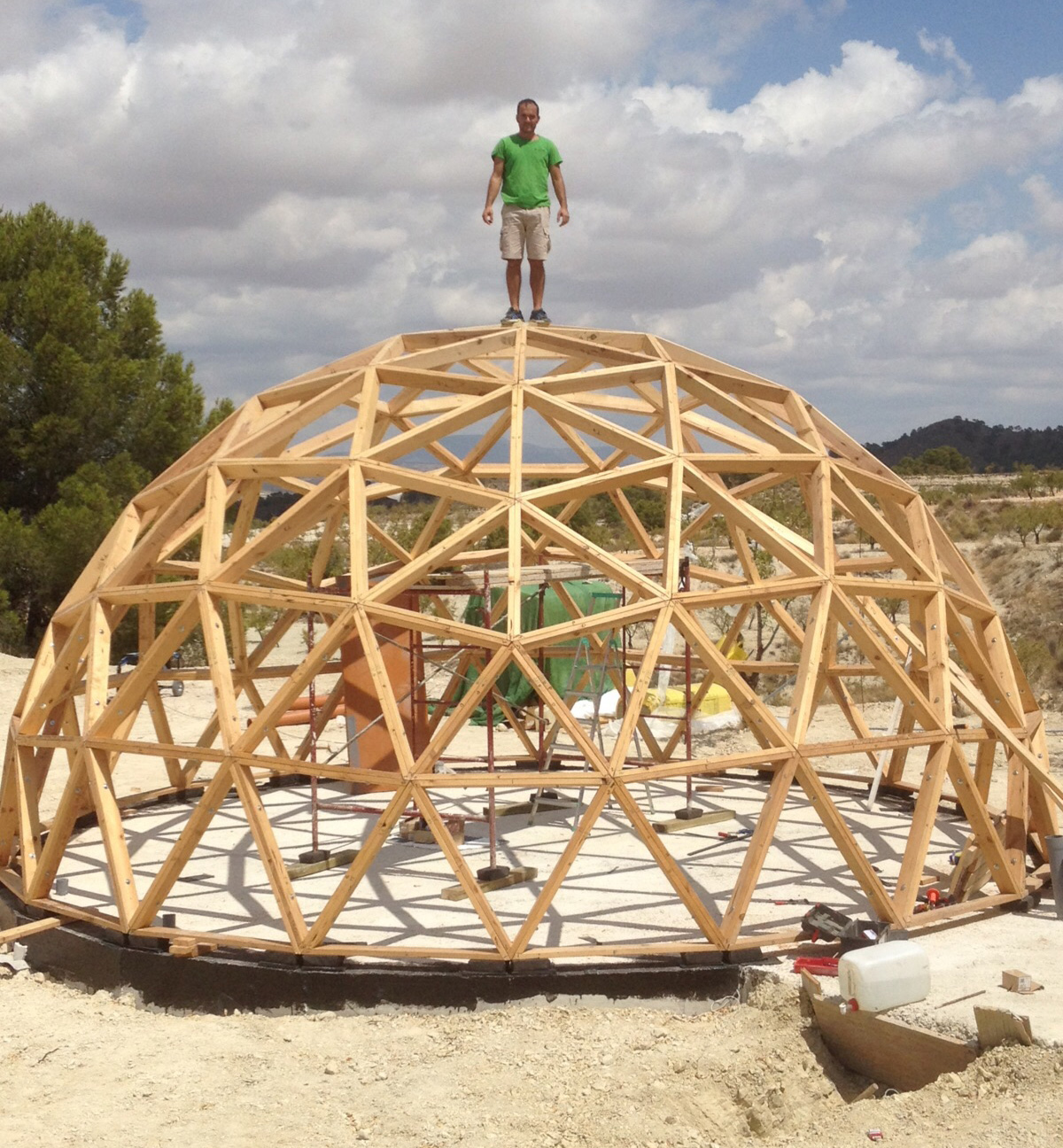 These triangular figures are arranged to form bigger or smaller domes according to need. After preparing this framework, the closing of the enclosure, the insulation and the siding take place. The structures do not need columns, so that more interior space is gained and there is no need to create unwanted divisions. Another important aspect is that the household doesn’t have to be anchored to the ground, it cannot possibly tip over. Therefore, the moving could be made by a helicopter.  Now you know, the world is also curve, and with geodesic houses and some good propellers, the gift of ubiquity is getting closer. 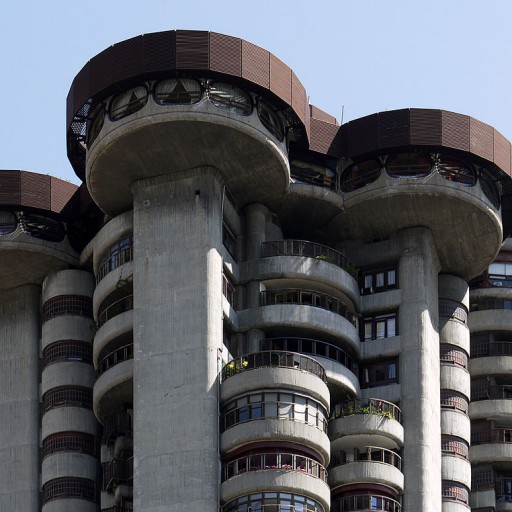 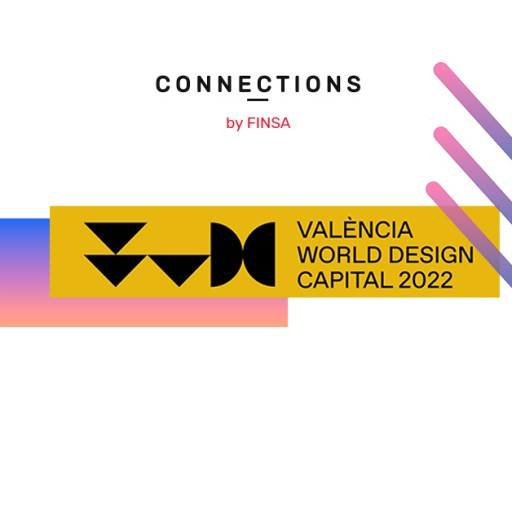 World Design Capital Valencia 2022 will continue to offer the best of ... 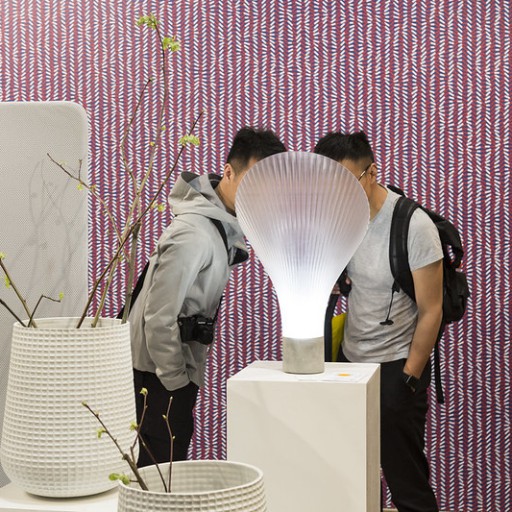 As usual, we went to design Milan Design Week, the design Mecca of the world, ...