Wooden skyscrapers are fashionable. Efficient, environmental and resistant, wood emerges as the material of the future, with projects such as the Oakland Tower in London, above 300 meters, but also of the present, with buildings above 50 meters.

The (false) idea that wood is not as resistant as concrete or steel runs through many people minds. Probably this is why until recently this material was relegated to ‘fancy’ cabins and bungalows. According to Miguel Nevado, specialist consultant in wood, “the problem is not just the public imagination.  The real problem is that this idea is still settled in the technicians’ imagination.

But can a wooden skyscraper be built? It can and it must. The level of scientific-technical knowledge about the structural use of the wood is comparable to the steel and concrete ones and the wooden skyscrapers are a reality with constructions such as Treet. This 49-meter condo of 14 floors, whose name means “the tree” in Norwegian, was, until few days ago, the highest wooden skyscraper in the world.

The secret is the development of the products, among which the cross-laminated or CLT wood, significant part of the height construction, stands out, together with other wooden components or hybridizing with concrete or steel.

What are the advantages of employing wood? It is a resistant yet light material, that accelerate the construction time, reducing the work in construction due to the simplicity of the combination of prefabricated elements, apart from being economically competitive and the best option environment-wise. And still, even though you wouldn’t expect that: it is more resistant to fire than concrete.

According to the Canadian architect Michael Green, steel and concrete are materials of the past century, with a high energy demand and high greenhouse gas emissions in its production: “8% of contribution to greenhouse effect gases today comes from this material”. As stated by Green, wood is the only material fulfilling the task of reducing emissions; also, turning trees into wood extends their capacity of storing CO2 and the plantation of young trees, able of storing a greater amount of carbon, is encouraged.

This architect bets on the employment of wood in construction to solve the problem and to face the constructive demand without increasing CO2 emissions in the atmosphere. Because, he points out, “in order to build a 20-story building out of cement and concrete, in the process of fabrication of cement 1,200 tons of carbon dioxide are produced. If we did it in wood, we would sequester 3,100 tons, it is to say, a net difference of 4,300 tons”.

Another example? Baobab, the 35-story tower the Green studio presented at the Réinventer Paris contest, would store about 3,700 metric tons of carbon dioxide, the equivalent of 2,200 cars emission.

Besides the environmental benefits of the impact reduction involved in construction, Miguel Nevado points out that “the reduction of energy consumption of a building duration is huge”, due to the thermal insulation capacity of wood.

From 8-story buildings to sky-reaching towers

Although few years ago, in some countries, the law restricted the high of wooden constructions, luckily “over the past three decades most of the regulatory barriers have been removed and, currently, in every OCDE these barriers are minimal”, Nevado points out.

This, together with quick advances in the technology of wooden construction, has led to the proliferation in the construction of high buildings. The Architecture Department of Cambridge University holds the record. Together with the PLP Architecture study it is working on the Oakwood Tower, a 80-story wooden skyscraper higher than 300 meters in the City of London.

Something beyond imagination, considering that, almost a decade ago, in 2008, also in London the Murray Groove building was built, the first one fully made with solid prefabricated wood panels, from the load-bearing walls and slabs to the stairs and elevator. With a high of 30 meters, it consists of a first concrete floor on which 8 wooden stories were mounted in 27 days.

However, probably because of the prejudices that are still associated to the employment of wood in construction, its designers decided to hide its natural finish, inside as well as outside. The same happened at the Forte Building, a 32 meters high 10-story building in Melbourne.

The highest timber building in the world is in Vancouver

At present, this stigma has been overcome and wood is visible both in the exterior and interior, as in the   Brock Commons student’s residence in Vancouver. 53 meters tall, it has just become the highest wooden skyscraper in the world and starting next semester it will accommodate 400 students. Do not miss the time-lapse showing the construction of its 17 stories in 9 weeks.

Projects in progress are already raising the bar, approaching 100 meters. The first one is the Viennese Ho-Ho, a 24-story, 84 meters high skyscraper, a hybrid of wood and concrete that will be finished in 2018. The HAUT, which construction will begin in 2017 in Amsterdam, will remain somewhat below, with 21-stories and 73 meters. Hyperión in Burdeaux is also in the list, with 18 stories and 57 meters. In 2023, in Stockholm the winner project of the HSB 2023 contest should be finished with 34 stories.

The best of the Mobile World Congress 2021

Mobile World Congress 2021 was one of the most highly anticipated events of the ... 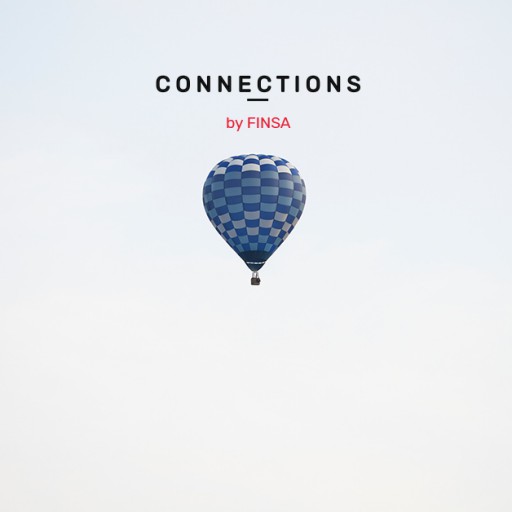 Slow travel: how can hotels adapt?

Calm is beauty and travelling slowly is comforting and definitely healthier.  ...