They say that two heads are better than one, and this collective thinking approach is the basic premise of the ‘hackathon’, a concept with roots in the tech start-up and programming worlds, where teams looked for ‘hacks’, or experimental and creative solutions while keeping things fun during a ‘marathon’ event .  Now, hackathons are also being used in the architecture, design, and interior design sectors. 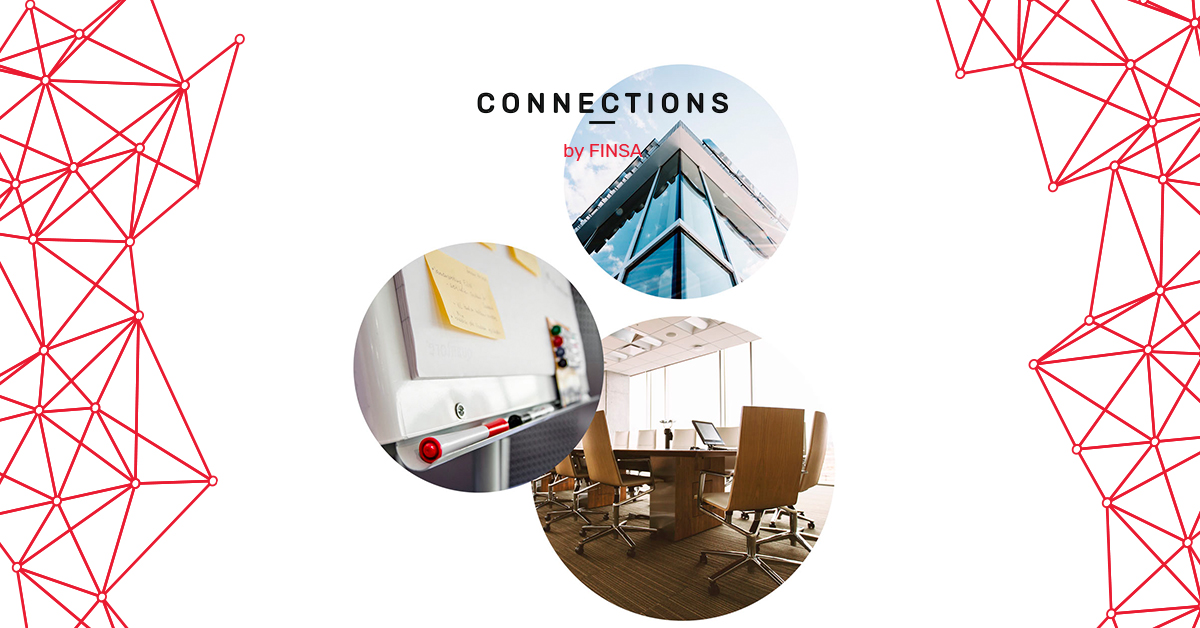 It was inevitable that there would be a brainstorming exercise like this at World Design Capital Valencia 2022, an event encouraging a collaborative and horizontal approach with multidisclipinary groups of different professionals who complement each other’s knowledge and experience, all focused on finding a solution to a challenge that they approach in a creative and innovative fashion, often from a fun perspective.

The WDCV2022 hackathon will bring to life different projects that will then be presented at what is a huge event on the international design calendar.  We here at Connections By Finsa have chosen a few of our favourite projects from the twenty or so that will form part of the hackathon, all of which are interesting and which feature a lot of inventiveness and experimentation.

Preserving Nolla Mosaics with a digital and collaborative map

Tradition and modernity. The old and the new. Art and technology. All go hand-in-hand for this creative, innovative, and collective initiative backed by the Centro de Investigación y Difusión de la Ceramica Nolla (CIDCen) and led by architecture studio ARAE. NollaMap, a free and very intuitive app that is available on Google Play and Android, will map and track Nolla mosaics all over the world – authentic rugs, original ceramics, and multicoloured designs – with the goal of protecting, preserving, sharing, and rising awareness about this architectural legacy which is one of the crown jewels of Valencian architecture.

There are examples of Nolla mosaic at Casa Batlló in Barcelona, which is where the app was launched, as well as on some of the most iconic buildings in Valencia and around Spain.  But there are also other examples beyond Spain’s borders in Buenos Aires, Santiago de Cuba, Lisbon, and Moscow. 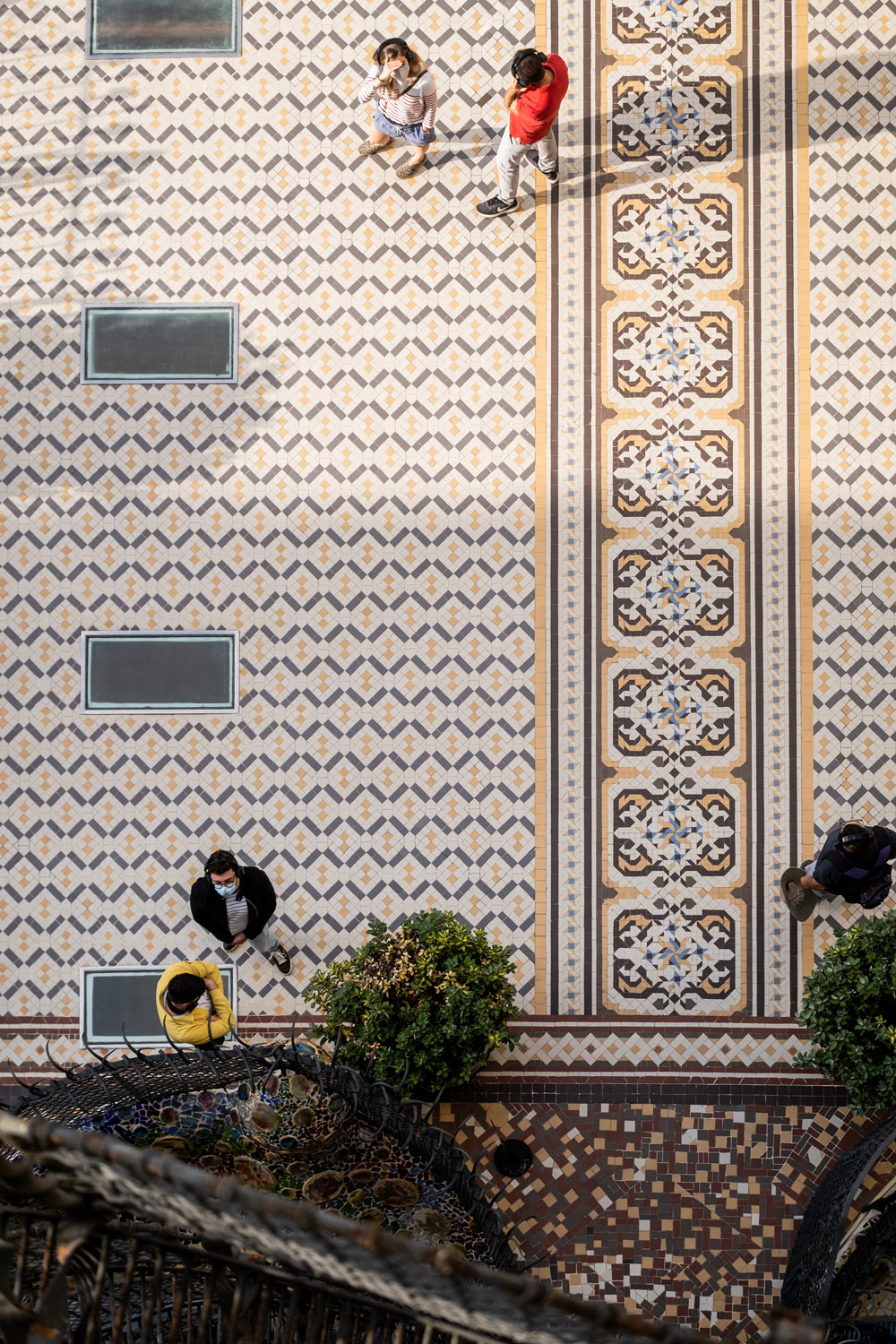 Nevertheless, these mosaics, which were inspired by English industry, are now in danger of extinction.  They are no longer being created, so finding and pinpointing examples of these ceramic design has become urgent.  The app’s creators and supporters invite members of the public to look at the ground they walk on, the building façades and plinths that they see, and find this iconic design on each continent in order to complete the digital globe.  A group of experts will then verify the data before publishing it.  The idea is to create a highly collaborative map and it’s already bearing fruit: after just a few months of testing, NollaMap has about 100 new locations in several different countries, including Brazil:

On the ground in Mexico

There’s also this mausoleum dome in a Buenos Aires cemetery:

And this bandstand in Portugal:

#EstoPasará: a creative platform for expressing ourselves in the time of COVID

In April this year, WDCV2022 launched a digital platform designed to gather, bring together, and spread awareness about initiatives in design and other creative sectors with the goal of providing solutions, relief, and support in the wake of the pandemic.  Once again, participation is at the heart of this project.  This global initiative, known as #EstoPasará (#ThisWillPass), is open to all, and has collected more than 500 projects and initiatives inside and outside Spain, including designs for masks, respirators, and personal protection equipment that can be made at home using 3D printers, illustrations that the creators hope will raise awareness, designers who use their creativity to cheer kids up, and resources and content for learning about design from home.

On #EstoPasará, which is backed not only by WDCV2022, but also by digital marketing agency Néctar, Culdesac Experience, and graphic designer Ibán Ramón, each person has been able to contribute by sending through their projects and ideas.  And it’s all been done in a delocalised and remote way.  Its collaborative nature and ability to reach all levels of society are undeniable.

An ensemble video featuring the thoughts of twenty big names in Spanish design in a series of interviews closes out the project.  The main takeaway frrom #EstoPasará is that design is an essential tool when it comes to the social rebuilding of a country following a health crisis like we have been experiencing.

Design for everyone, in a comic

Sometimes design can seem faraway or disconnected from our everyday life. The challenge posed by WDCV2022 and Visit Valencia was to break it all down and make the discipline simple, familiar and, above all, fun.  How? With an autobiographical comic, a symbolic act and a true statement of intentions.  Jo de disseny no sé res (‘I don’t know anything about design’) is a comic strip that was created by someone who is not an illustrator, architect Rosana Martínez Vanaclocha, whose main character is Martínez Vanaclocha’s alter ego, Rosita.  In a linear, simple, and two-dimensional way, she shows her partner, an Italian man called Andrea, all the design that fills their city, inside and outside the buildings, and he starts to learn that it forms part of our ecosystem.

Rosita and Andrea walk around and find icons of Valencian design, like industrial design Vicent Martínez and his Literatura bookshelf, which was created in 1985, is still in production, and can be found in many houses today, as well as more current ones, including graphic designers Diego Mir and Dídac Ballester. Mir’s famous drawing of an artichoke from 2017, created for the social movement Per l’horta, features in the comic.

The message that this group project is looking to send is clear, direct, and effective: be aware of where you live and that, if you look around, you will find that design is all around you because it is actually everywhere. 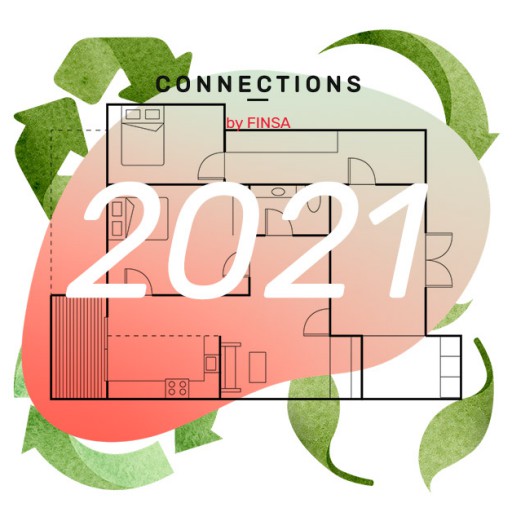 Decorating spaces with sustainability in mind is essential if you want to remain ...

Blue or green: Which one do you choose? 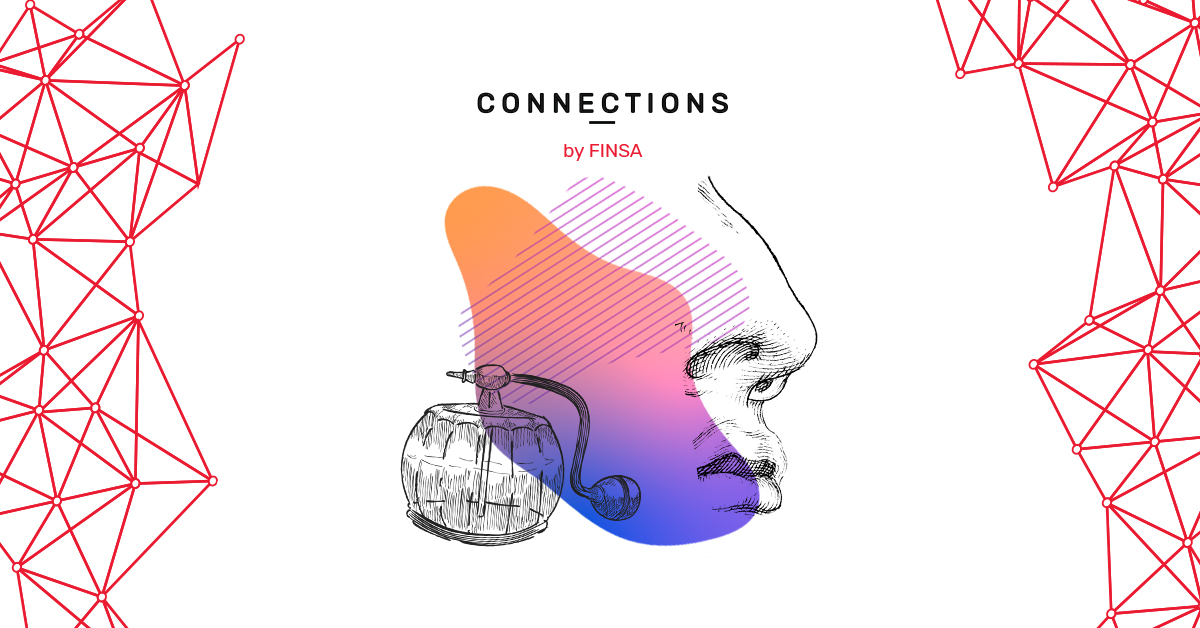 Eau de marketing: the rise of sensorial experiences that appeal to our sense of smell

In the late nineties, a Spanish television commercial directed by Isabel Coixet ...