In 2008, Eduardo Hermida, an artist born and raised in the Ferrol neighbourhood of Canido, began painting his Meninas (literal translation: ladies-in-waiting) on the city’s walls.  Eleven years later, Canido has 415 meninas, and the number of inhabitants and businesses has also increased.  With this initiative, Hermida has not only made art a part of the neighbourhood, but he has also transformed the area and given it a future.

Art as a tool for the restoration of urban spaces

The initiative began as “a desire to fight and reclaim a space that was in decline, to bring back hope and enthusiasm to a city like Ferrol”, which has suffered enormously due to economic crises since the 1980s.  “It was a cry for attention so that institutions would wake up and realise that what we needed was someone to look in this direction”, Eduardo explains.

The first edition in 2008 happened almost spontaneously as a meeting among friends who began to paint the meninas on homes in ruins.  Today, between 50 and 70 mural painters from all around the world meet every September in Ferrol.  In the beginning, their canvases were crumbling walls, but now they paint on new façades.  Along the way, many meninas have been lost due to the construction of new buildings and the restoration of old houses.

Eduardo told us that the number of walls available to paint on is decreasing, but that the Meninas de Canido have a long future ahead of them because “the idea of restoring and reclaiming a neighbourhood goes beyond painting the walls of abandoned houses”.  The next goal is to recover green, agricultural spaces by converting abandoned vegetable gardens into spaces for leisure or environmental education for the schools in the area.

The initiative has grown in part thanks to the support of institutions and private companies who cover the cost of materials, the artists’ stays, and the cultural program that takes place alongside the festival, including concerts, dancing, poetry, and more.  The meet-up has become a star of the cultural activities in Ferrol, with 100,000 attendees at its last edition.  Under the slogan “(fe)Meninas”, it promoted female artists and paid homage to the women who support the tradition and the history of the neighbourhood.

Since its first edition, “the area has completely changed: it’s alive, enthusiastic, optimistic.  It’s a rebuilt neighbourhood in which art is the main identifying element and its tourism claim-to-fame”, Eduardo says.  Between 40,000 and 50,000 people visit the Meninas throughout the year, and they now have their own tourism route, with a map that points out some of the most well-known ones, and are also part of the European Cultural Itineraries.

A lively neighbourhood with a future

But Canido doesn’t just attract tourists.  It has also attracted  new residents who have brought new life to the neighbourhood.  Some even compare it to Malasaña in Madrid or Soho in London.  Canido has become the most desirable place to live in the city, the population has increased sevenfold, reaching around 9,000 inhabitants, and new business are opening up, indicating the resurgence of the area.  “Ten years ago, it was unthinkable that someone would decide to make their life or start a business here.  Now, the number of students at the schools has increased and there are children playing in the streets”, Eduardo tells us, showing how the meninas have changed the neighbourhood and given it a future it did not have before.

The boost to the area that has been achieved thanks to art has been supported by local urban restoration initiatives giving the city more habitable spaces: functional squares, benches, trees, and wide footpaths are some of the things helping people to “spend more time in the street”.

Las Meninas as a distinctive feature

Why the Meninas?  For Eduardo Hermida, an admirer of Velázquez, the Meninas are a major work of Spanish art and, at the same time, a universal piece.  “I wanted to take the artwork to the streets and make it popular, ‘saving’ the Meninas from the Prado Museum and letting them live alongside us for a weekend”, he explains.  “I think it was the right thing to do because in the end, the meninas have become the symbol of the neighbourhood, and of the way art a break from tradition.

Rubén Martín, from Boa Mistura, agrees with Eduardo Hermida in terms of thinking of art as a tool that can change the fate of struggling cities: “Through participatory art people can change the their surroundings, as well as the way they interact the space “.  This collective uses urban art to connect people to the place they live in, under the premise that “if our work won’t improve the medium we are working on, we don’t touch it”.

Las Meninas of Canido show how art can restore a space and cause the resurgence of an at-risk area without the need for a big budget.  “This is a permanent, living, work of art, one which is inexpensive considering what can come out of it.  The social and economic consequences are huge: leisure spaces, bars, and restaurants are at maximum capacity during the final days of the festival, and even the real-estate market ends up growing and becoming stronger because of projects like this one”, Eduardo argues.

The former mayor of Tirana and current prime minister of Albania, Edi Rama, was one of the first to advocate for urban art as a political act when there is a low budget.  He took a chance in the year 2000 on “the use of colours in order to revive the hope lost” in the city.  “The rehabilitation of public spaces revived the feeling of belonging to a city”, Rama explains, and had unexpected effects including a decrease in crime, people no longer throwing rubbish in the street, and more trust in authorities.

From Kiev to Brooklyn: other examples of the revival of urban spaces

The Meninas of Canido initiative has also awakened interest outside of Spain, and Eduardo Hermida has presented it at conferences in Paris and Kiev.  Canido might be the origin of the strengthening of urban art that has occurred in the Ukrainian capital since 2014, making it one of the cities in Europe with the highest number of large murals.

And the Meninas are not alone. Thanks to The Bushwick Collective in Brooklyn and The Wynwood Walls in Miami, art has had similar effects in these cities, boosting the revitalization of neighbourhoods where poverty and crime lived side-by-side.  These neighbourhoods have now become art districts but, more importantly, lively, dynamic, and safe places.

Illustrations take the place of photographs to reduce pollution

Vogue Italia is exploring ways of reducing the carbon footprint produced by ... 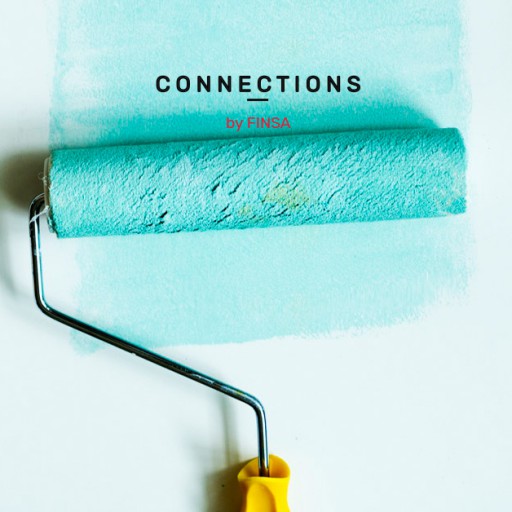 Remodelling can become a real nightmare if there is no inspiration behind it.  ...

Reflect: a trend to enjoy