Music festivals create fashion and lifestyle trends, catapult up-and-coming bands to stardom, and solidify the place of big names in music history, but is there space for architecture and design at these events?  Of course there is!  In fact, design is a big part of the personality and spirit of these events.

From the stages and the facilities to the pop-up stores and purely artistic elements, these events are the perfect combination of festivals and architecture.  Multidisciplinary artist Juanma LoDo described his experience of conceptualisation and construction at a festival as “creating a space that will hold everything from a stage to restaurants, with connecting spaces and public areas.  Without architectural design and spatial planning, there would be no production.  Signage, layout of the dining area, merchandising, tickets, access, restrooms; all of this has to be taken into account in addition to stage design; everything from the simplest thing like decking that’s level with the ground to macrostructures with metres and metres of truss, show lighting, and LED screens”.

The most recent Coachella festival venue covered 315,000 square metres of Californian desert.  In addition to a line-up featuring some of the biggest international artists, the event was filled with artworks and installations that paid homage to pop culture.

Coachella is getting a lot of recognition for the art on display during the festival. A great example is Sambaré Ké, a 2019 installation by Francis Keré, the winner of the Pritzker Prize that consisted of twelve 19-metre towers inspired by the baobabs of Burkina Faso, the artist’s country of origin. 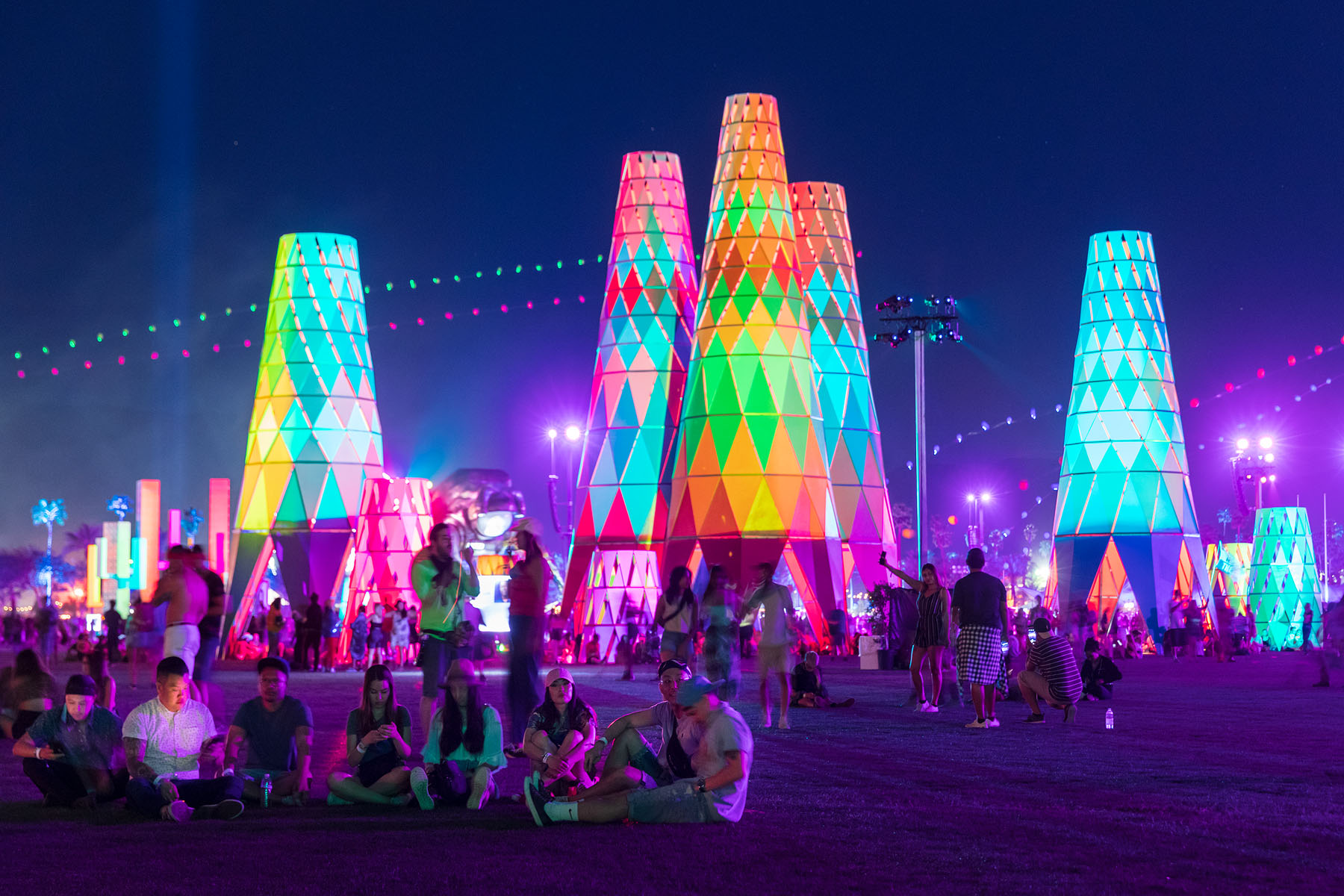 The Sonorama Ribera goes to Ibiza festival combines music and accommodation at the most modern hotels on the islands.  Last year it was Paradiso Art Hotel’s turn, with its entrance featuring exhibitions and an art gallery commissioned by Adda Gallery.  The design of the hotel itself, with its pastel pinks and art deco style inspired by Ocean Drive in Miami, added to the ambiance of the festival.  The other accommodation option was Gran Paradiso, a project dedicated entirely to audio-visual art that pays homage to the world of cinema.

The stages are the real stars

The main space at a festival is its stage.  Over the last few years, the trend has been to create large structures with a focus on lighting.  “Festivals like Coachella and Tomorrowland and the many copycats that have popped up all over the world are known for the size of their stages, which are constructed in the same way as ephemeral architecture,” explains LoDo.  “Many of them look more like a [Valencian] falla than a stage, with metres and metres of LED screens, roboticized lights that move and change colour in time with the music, even fireworks”.

The evolution of these spaces is due to “the need to make the spectacle bigger so as to include thousands of people in what is happening on stage, while also making this another part of the show, just like the thousands and thousands of photos taken by influencers and the general public”, says LoDo.

In the below video, you can see how the Tomorrowland stage evolved from 2005 to 2019:

Festivals that make sure their stage blends into their surroundings are also very interesting.  “Sons da Canteira, held in the pink granite quarries of O Porriño, Pontevedra, where I was actually in charge of lighting design, centred its architecture around its location: rehabilitated granite quarries,” says LoDo.  The multidisciplinary artist also mentions Paredes de Coura in Portugal: “The surroundings are lit up and integrated into the stages and the facilities, creating an experience in which the music takes centre stage and the structures seem like they’ve been there forever, all in harmony and each forming part of a whole”.

Festivals have space for brands as well as artists.  Primavera Sound and Pull&Bear have been collaborating and dressing festival goers for years but, in 2022, Inditex created a limited-edition collection for the festival with artist Jack Sachs.  There was a pop-up store at the venue with different activities and an exclusive showroom.

Eduardo Irastorza, a professor at OBS Business School, told Cinco Días that festivals are attractive for brands because “the audience is captive at these events, their attention is focused on what they are seeing.  It’s not like in the street, where there is an infinite number of stimuli [to compete with]”.

At Coachella, brands go even further than pop-up stores by offering experiences.  Levi’s organised a party at which they gave all the attendees a denim jacket.  They then led them to huts where they could have the jackets personalised with letters and embroidery. 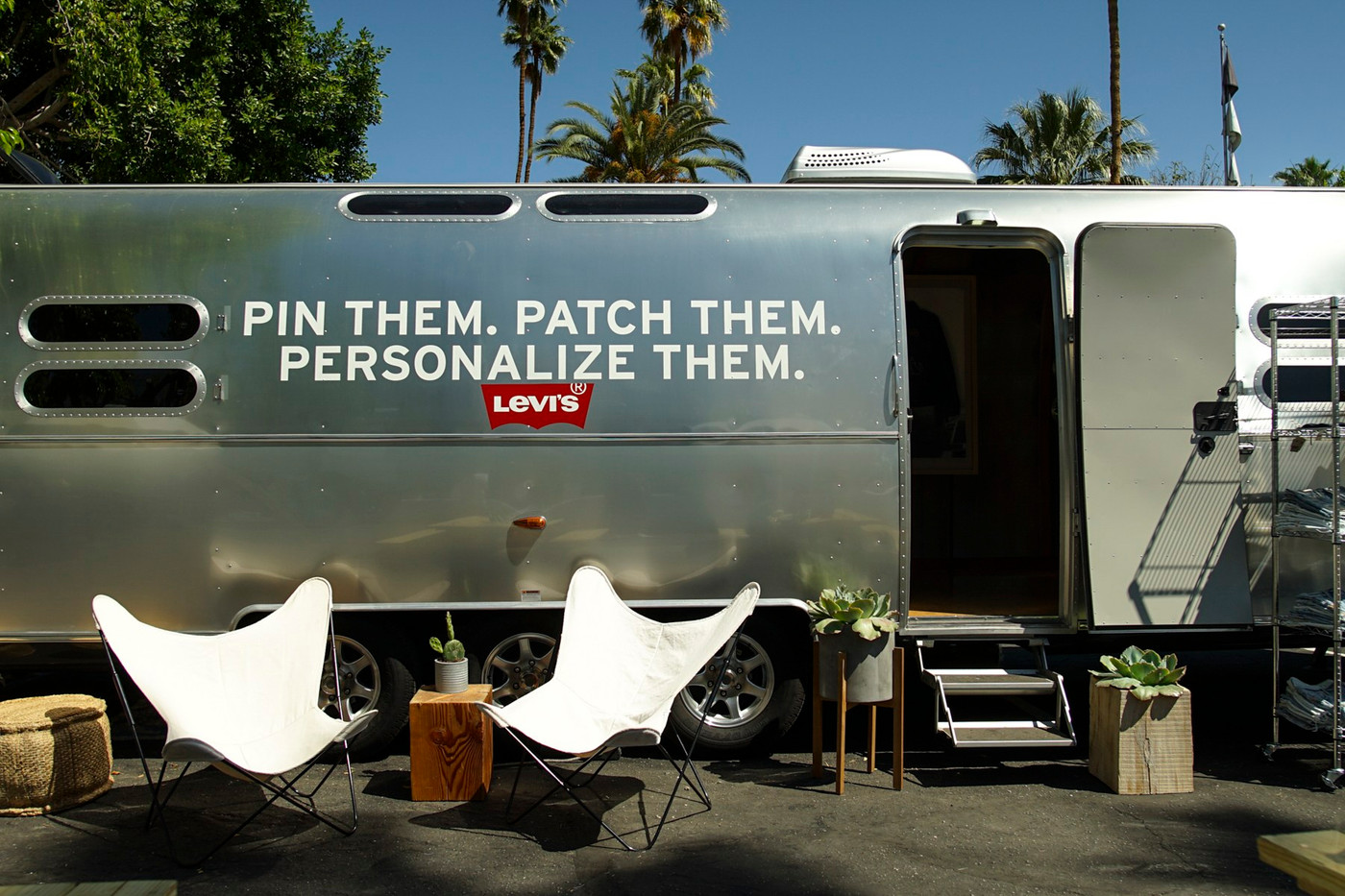 Music festivals are about much more than sound.  They create new ephemeral spaces that highlight the value of architecture, arts, and fashion, and their evolution over the last few years shows how important design really is in each and every field.

What impresses you the most about music festival design?  Tell us all about it on social media using #ConnectionsByFinsa. 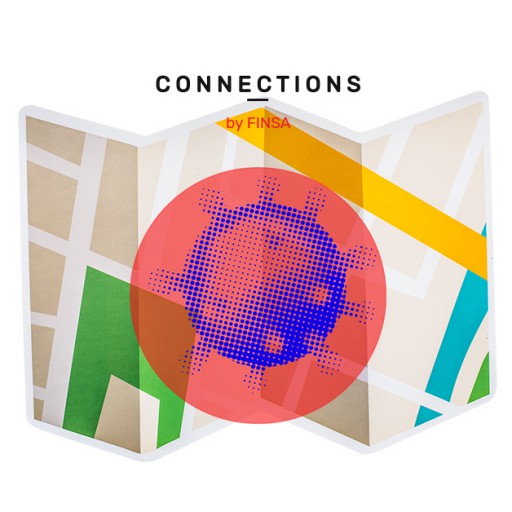 The new urban mobility for the new normal

It’s time for a change in urban planning.  The pandemic has been a turning point ...

Have you heard of CMF?  It’s a relatively new field that explores the ...

Good design is being appreciated now more than ever.  A good example of this is ...