When we talk about how our home is becoming the centre of our lives, something which has become necessary during social isolation, it makes us think more and more about domestic spaces that are occupied by just one person.  One third of the European population is currently living in single person homes, but this number is increasing every year.  Perhaps the UK’s Minister for Loneliness won’t seem so strange in a few years and will start to be seen in other countries.

The rise of solitude

While in the past a person needed to live in a community to protect themselves and survive, “today’s society has been created to promote an independent life”, says trend expert Carolina Calzada, who believes that governments have played an important role in the rise of this trend, as statistics indicate that if we live alone we will work for longer in an attempt to delay our retirement.

A lack of financial independence has also made people more afraid of starting families in order to avoid the “extra expense” of having children.  And let’s not forget about social media’s influence, which has led us to interact with each other less in public spaces and to worry more about building our virtual image than a real life with other real people.

With an increase in the number of people living alone, the stigma attached to this idea has disappeared, and solitude has lost its negative connotation.  Now we think of being alone as an opportunity.  The “aspirational loner” finds pleasure in taking time out for themselves, knows how to be alone, and feels comfortable in this situation.

“It’s closely related to “emotional fitness”, or setting aside time to take care of our mental health through mindfulness and meditation; cognitive thinking, which looks to change the way we think and control our negative thoughts; the idea of not overthinking things…these are all trends that have arisen from time alone,” explains Carolina Calzada.  It’s all about loving ourselves, a trend boosted by millennials in 2019 through social media websites like Refinery29.

The concern with being nice to others is another part of this trend.  “Kind is the new cool” is a motto that has become even more relevant in the face of the COVID-19 pandemic, but it is also a consequence of having learned how to live with ourselves, accepting solitude and feeling comfortable with it.

One of the most positive aspects of solitude is that we give ourselves the space to think more slowly.  Carolina Calzada deconstructs the myths surrounding multitasking, saying that “it has been proven that it makes us less intelligent, because our brain finds it hard to concentrate on different tasks at the same time”.

“Slow thinking” has become popular with creatives, who seek out solitude in order to create new projects that arise from thinking more slowly.  Carolina gives us the example of colourist Hella Jongerius, who decided to take a year off from her job at Vitra to make tapestries: “It was a project that arose from her solitude.  By disconnecting and seeing her withdrawal from her job in a positive light, she created a fantastic collection that has been shown in Paris. It’s the same process that scientists like Einstein and Darwin followed, when they built on their theories little by little over many years.  The design world should rediscover this approach to work.”

Perhaps that might be easier to do in the wake of this crisis.

How did #FinsaByEnvisions come about? 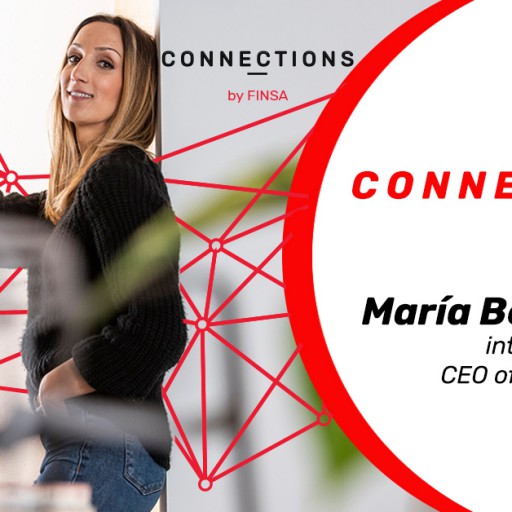 Germany is putting on the best in design

If you like design, start planning a trip to Germany this January.  Four fairs ...