How is design perceived in the industrial world?  Could industry, with its focus on production and numbers, be a breath of fresh air for the insatiable hunger of creativity?  To answer these questions, we followed Dutch collective Envisions during the development of an experimental design project in technical wood manufacturing.

Sometimes it can seem that the factory world and the design world speak very different languages.  Production, blueprints, numbers, blank canvases, inspiration…What would happen if the creative eye made its way into the design world and triggered a rethinking of their processes?  This question arose when logging company Finsa met Dutch design collective Envisions.  The answer was this: they never thought of a wood panel in the same way again, neither from the creative or the industrial perspective, and that design is officially out of its comfort zone.

“When you lose the restrictions and the barriers, innovation and surprises appear”.  That’s how the creative Aukje Fleur Janssen describes the beginning of the collaboration between manufacturer and designers called Finsa by Envisions.  “It’s possible that, at a production level, this project will only give rise to a range that will be used in Finsa’s collection, but we think we are doing something bigger than that, and it’s through design and experimentation that we are opening our minds.  Envisions is breaking industry moulds and rules, not only in the design department, but also for our workers, who produce tonnes and tonnes of product with which we are experimentating,” says Adriana Baamonde, the coordinator of the project from Finsa.

Chips, particles, or paper from the panels are being turned into artistic pieces as part of this experimental design project, which was exhibited in 2017 at Design Weeks in Milan, London, Eindhoven, and New York.  Envisions, interested in processes and the development of ideas, drafted a revolutionary concept on these stages: the creative interpretation of an industrial process, without showing a finished product.  “At these events, the spectator is hoping to find a well-defined artistic piece, such as a chair, however, our exhibition provoked the worrying question of what am I looking at? In such a way that the impact was bigger in that context,”  explains Aukje.

Finsa by Envisions launched in 2017 as an inspirational concept in which twelve designers from the collective threw themselves into interpreting different processes and components of Finsa’s technical wood products.  After this initial phase, six creatives worked on transposing those first prototypes to an industrial scale.  “It’s quite surprising to think big when faced with the comparatively small in the studio, ” explains Aukje.  She herself worked with melamine, a product made from technical wood covered in printed paper.

“It’s appearance is that of real wood, and although it maintains all the properties of the material, it’s not the same.  A significant part of the manufacturing process is done by hand, which surprised me considering the industrial setting,” she says.  “I saw that the paper, which becomes very strong thanks to the industrial treatment, was actually very fragile, which is why it must be handled by hand.  I was very interested in the idea of fragility and warmth in such an enormous process, which used big machines.  Scaling down all these ideas in the studio was the most complicated part,” says Aukje. 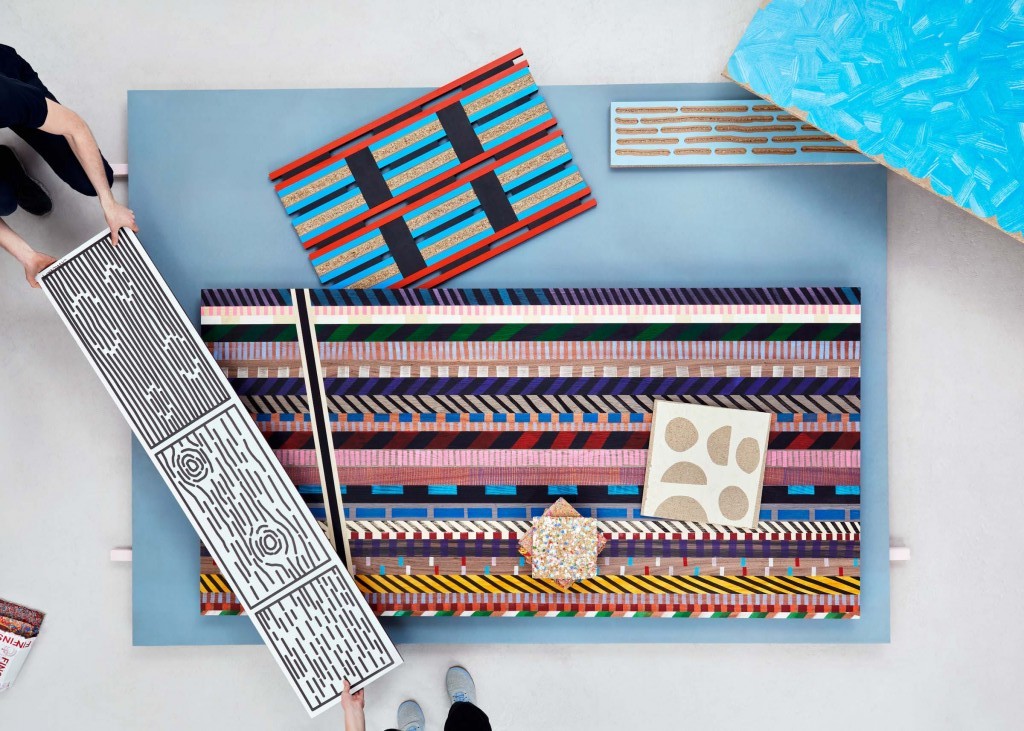 From an industrial perspective, the vision was groundbreaking from the get-go.  “When we explained to the factory workers that envisions was going to use the paper, that they were going to rip it, that they were going to create a design and print it to create artistic pieces that were going to be exhibited, they were amazed,  then they turned their attention to the numbers and production”, explains Adriana Baamonde.  After overcoming this first phase, the workers met with the designers, bringing their experience to the table to show what was possible with the material.

“I’m not familiar with all the technical parts of the process, and that’s why the support of the workers was vital, so that we learn know what colours would come out or how the materials would react with our processes,” explains Aukje.  This collaboration had a refreshing impact on Finsa.  “You could see that this new perspective heightened everyone’s senses, inside and outside the factory, and gave us a fresh outlook.  We had to overcome the trial and error, when we didn’t get the colour we wanted, when we had to change plans…it’s an approach that’s really in line with Envisions: designing while working doesn’t mean drawing something on a piece of paper and following that, but rather responding to something that’s happening right now,” says Aukje. 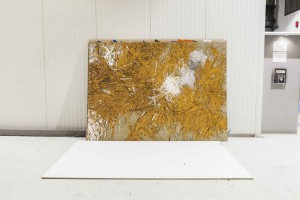 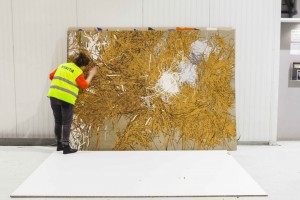 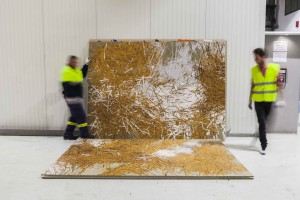 The first part of the project, Finsa by Envisions, was known as Wood in process.  The works formed part of a gesamtkunstwerk, in which each designer discussed one part of the industrial process which is normally a mystery to the public.  The second, and current, phase is the presentation of Wood in progress, which will debut at Salone del Mobile de Milán.  Aukje and Adriana agree that “at last year’s Salone, we were sure of the direction in which where heading.  Now we are going to see how these ideas have progressed on a grand scale.”   The exhibition will include a documentary featuring interviews and a making-of, in order to illustrate this unique way of combining industry and design – an alliance which sets a new precedent and is a means of developing projects between both worlds.  You can visit the exhibition from 17th to 22nd April at Officine Savone (Zona Tortona). 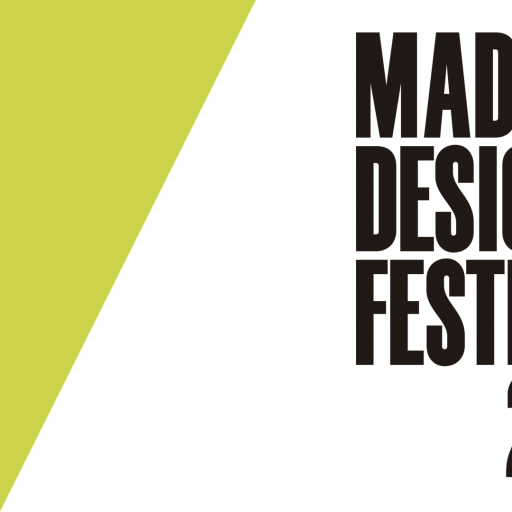 The best of the Madrid Design Festival 2020

February is to Madrid what April is to Milan: the design month par excellence.  ... 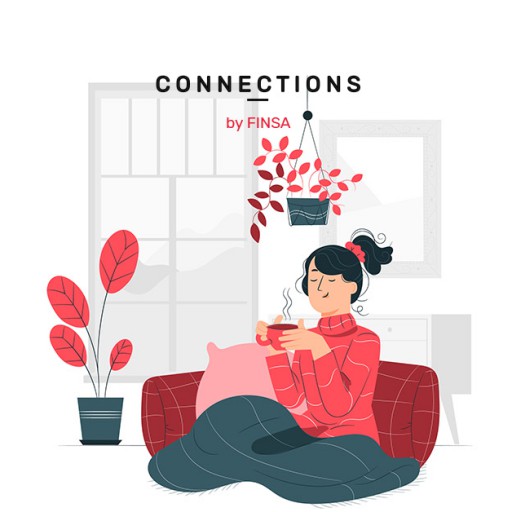 The upside of solitude

When we talk about how our home is becoming the centre of our lives, something ... 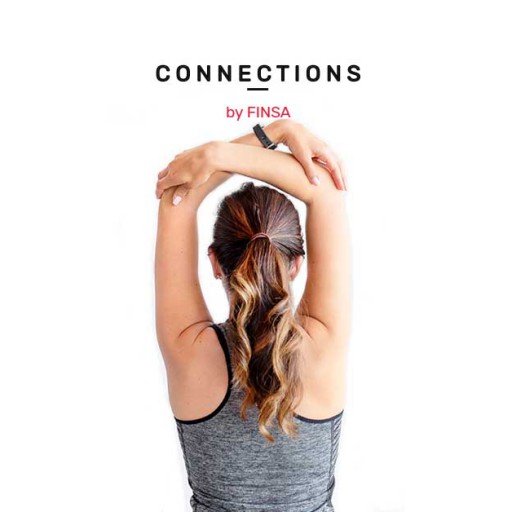 Athleisure: activewear for everyone

Athleisure is a revolution that has taken over the whole fashion industry, from ...