One of the few positive things to come out of the pandemic is that you can now travel to almost any place or event in the world without having to leave your home.  The virtual world has grown rapidly during these months of lockdown or social distancing, but this kind of excess can mean that we can get lost in the infinite space of the internet. That’s why prestigious publications like The Guardian and Forbes have made lists of some of the best virtual tours of 2020.  We have gone a step further and condensed these into five essential tours that we invite you to experience.

The cancellation of the most prestigious international design festivals and fairs has resulted in the creation of Virtual Design Fest, which will be frequently refreshed with new projects until July 10.  It brings together content from events like Design Indaba, the Stockholm, San Francisco, and Vienna design weeks, the London Festival of Architecture, and The World Around in New York.  Just the fact that so many international design standards have agreed to come together means that this festival deserves a visit.

The Louvre, a legendary museum

It’s not just the most visited museum on the planet.  Its unique building in the heart of Paris received more than 9.6 million visitors last year.  Among its most famous pieces is the Mona Lisa by Leonardo de Vinci, a Renaissance treasure that captures the attention of those that enter the exhibition halls of France’s national museum.  The well-known institution has managed to survive the pandemic thanks to their virtual tours that don’t leave anyone feeling indifferent.

Urban art away from the streets thanks to Google

This is one of the most interesting ideas to come from the tech giant.  The Google Arts Project: Street Art brings together the best works of urban art in the world thanks to this project that you can visit at the click of a button.  But you won’t just be able to see pieces that set the trends in the world of art as if they were only a few metres away.  You will also be able to look into the life and artistic trajectory of creators in the same league as Banksy.

The Grand Canyon in Colorado

From asphalt to nature.  The Grand Canyon in Colorado is one of the most impressive sights on the planet.  It gets it name from the river that runs through it, which is 446km long and has a maximum depth of 1,829 metres.  Most of it runs through the state of Arizona and, over time, it has become one of the most visited national parks in the United States.  Google is once again bringing the Canyon’s unmatched views to your computer screen, allowing you to ‘walk around’ it as if you were really there.

From nature to the fascinating universe created by Walt Disney.  At the beginning of March, the North American multinational announced that it would open the doors of its most emblematic parks for virtual 360-degree tours. Since then, the scenery and characters of films that have defined several generations have remained just a click away. 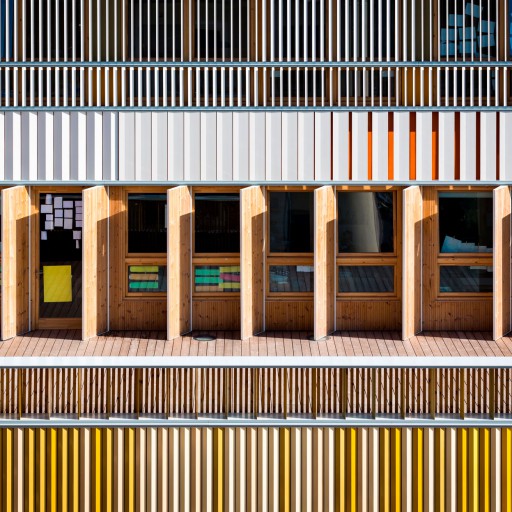 The Process Cycle: The concept of pre-existence

The Tectónica blog is organising a second round of conversations with architects ...